WiFi on Tour·January 8, 2018
Travel Router Reviews
"This site contains affiliate links to products. We may receive a commission for purchases made through these links."

High-speed internet is now a commodity wherein users are now able to stream anything from low-quality, 360p YouTube videos, dating back to the early days of the modern internet, to epic 4K videos, getting a silky-smooth stutter-free experience. However, people prefer things wireless; and high-speed internet in the absence of a beefy internet cable isn’t accessible to anyone, especially if the user isn’t that tech savvy.

Wireless routers have some common enemies, concrete and glass being one of the most spread out factors that will deteriorate a wireless signal. While having a weak wireless signal in one’s home is undoubtedly very frustrating, there are a lot of solutions, for bigger and small budgets, to overcome this issue.

While a better router might sometimes be the way to go, there’s no changing an awkward home layout (awkward for WiFi, not aesthetically). Even the most powerful of signals will find it hard to reach all of the home’s corners, enabling users to use the data plan in rooms that are within the far reach of the router. With that said, what are some easily accessible fixes for this nerve-wracking issue?

The COMFAST 150Mbps 3-in-1 Wireless Repeater is a solution for those who want to get a WiFi upgrade in the house without having to go over the top with sophisticated gear and professional-level setups. Through its very minimalistic and simple design, the Comfast wireless repeater has managed to become a mainstream alternative to big home-network setups. 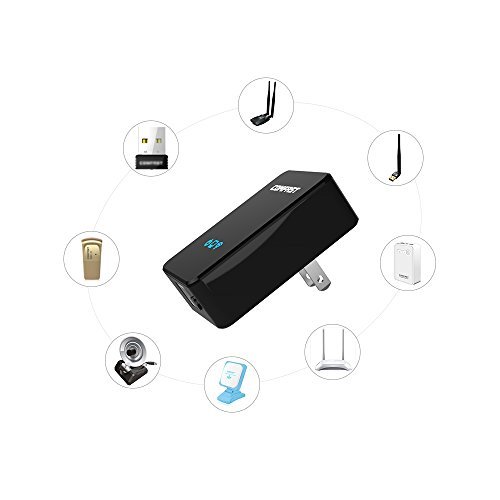 When it comes to wireless repeaters, users must do a bit of tinkering before they become familiar with how they function. This particular device acts as an access point, a wireless router, and a repeater. All three of them are similar in functionality but quite different in principle. Let’s take a bit of time to clarify what all of these terms mean.

A router is nothing more than a device which allows simultaneous users to have access to the same internet connection. Think of routers as traffic officers and data packets for cars. The router sends each data packet in its own lane (user’s device), allowing the connection to flow at high speeds, rather than sending each individual user the same data packets.

Wireless repeaters and access points are pretty straightforward. An access point is basically a landline-to-wireless conversion device, while a repeater is a device which allows the signal to reach all corners of the living area by repeating the same signal sent by the main router.

The device is rather easy to set up as a repeater. Once plugged into the power socket, it can be connected to a router wirelessly in a few easy steps:

The three different functions allow the COMFAST 150Mbps 3-in-1 Wireless Repeater to be a pretty valuable tool. Using it as a wireless repeater will boost the main router’s signal reach, while the access point mode will allow users to connect to a whole new network, which can either be great or useless. It’s also important to keep in mind that the two networks can be configured to have the same name and password, making them virtually indistinguishable.

This is actually the best configuration method since it allows the users to still connect to one network in case the other fails, building some much redundancy in their home networks. It comes in a very compact form factor, with a low-profile glossy, black finish, a small IO which includes an ethernet port and 11N and Dual Band options, which will affect both its price and its form. The high-speed 5.8GHz Dual Band model has two antennas, making the design flashier.

There are a lot of similar products on the market, but it’s pretty easy for a moderately-trained eye to determine which one is superior. Amateurs should look carefully at a product’s spec sheet, which is great for determining whether or not the product will work as advertised.

The WODESYS WIFI Range Extender is such a product, making promises it can’t keep. This USB-based WiFi range extender is a pretty ridiculous product. The fact that the manufacturer's label it to work at speeds between 300 and 800 Mbps is pretty laughable since USB sticks don’t have that kind of juice in them.

Furthermore, a USB stick is a very poor choice for a such a highly solicited type of device, like a router or access point, which will undoubtedly overheat the tiny plastic case, causing permanent damage to the internal components. The COMFAST product is adequately-sized, cooled and runs at proper network speeds. It’s clearly the best product out of the two.

The COMFAST 150Mbps 3-in-1 Wireless Repeater is a neat device to have! It’s great for expanding one’s signal reach by simply pairing it to the modem, or to build a bit of redundancy in the home network; having a backup WiFi connection for emergencies. The two versions can both find their way in a smart home, integrating seamlessly both into the home’s design and functionality.